Alignment is a mechanism for composing an image that has prominent lines, concentrating on this aims to align two or more of these lines, for example on an office building, aligning the top of the building with the frame emphasises the geometry. With the photographer choosing how to present objects, the edge of the frame can have a major effect and influence on the image. A way to convey strength in composition when concentrating on frame dynamics and alignment is by analysing the horizontal and vertical borders. The corners contribute strongly to the design and directional flow of the photograph; utilising the angular momentum of straight lines can move the viewers eye in a particular direction across the image, this is particularly useful when photographing buildings. 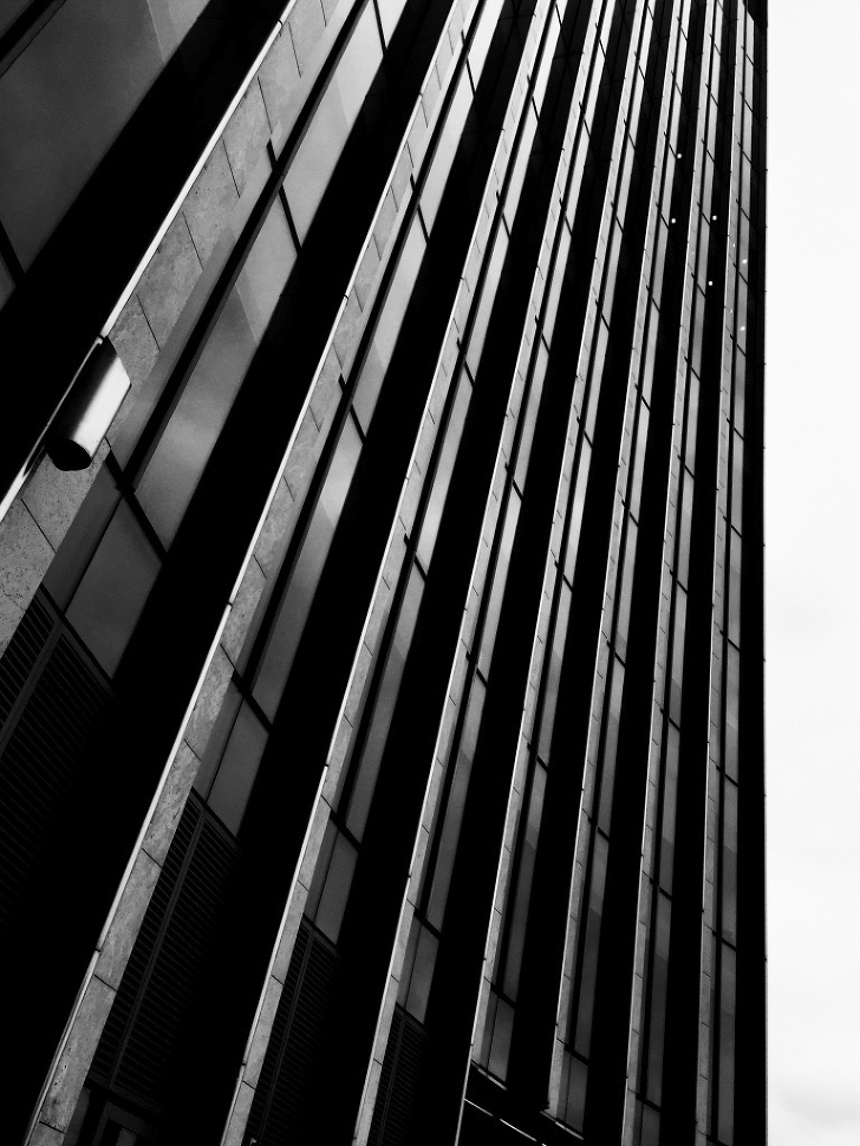 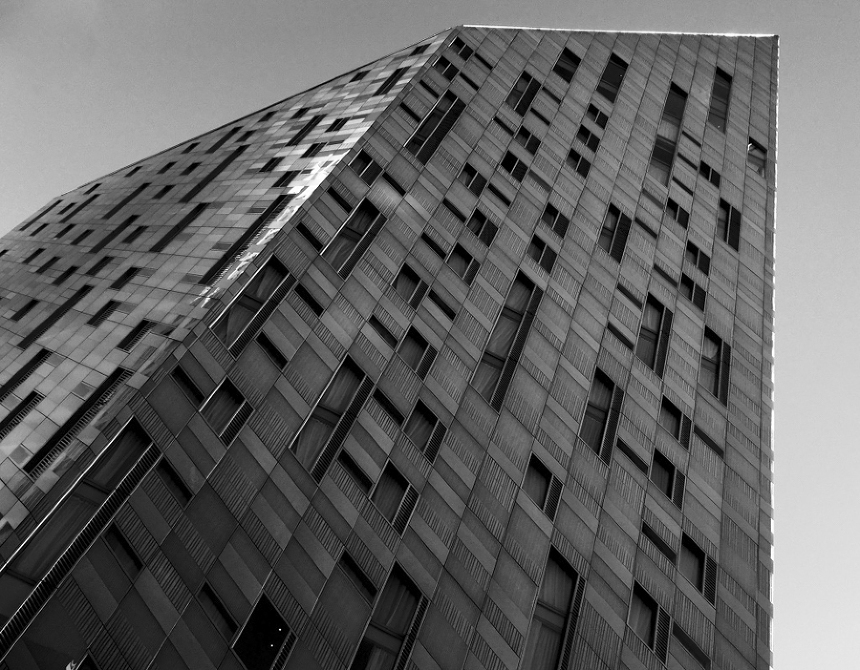 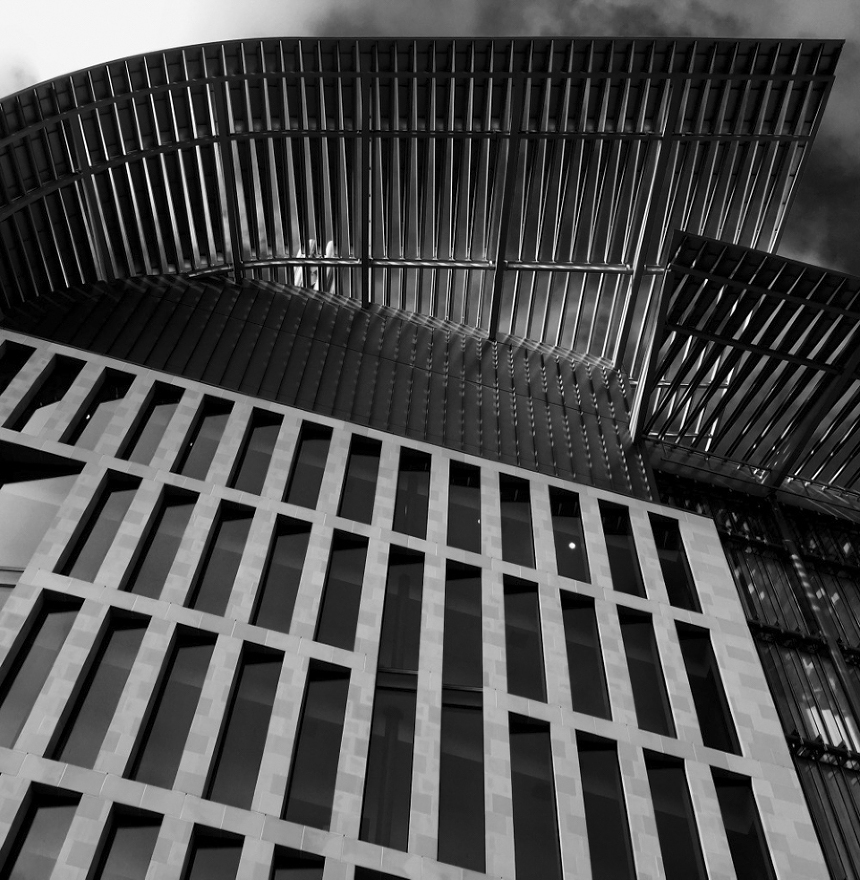 Contrast plays the biggest role in defining lines visually; contrast between light and shade and between areas of different colour aids composition and directional flow. Specifically with architecture the dynamic lines are an important feature to emphasise due to the direction and movement along their length and height. When composing an image of a building it will automatically become more natural and inviting because it will compare the angle and length.

Horizontal lines, for instance, have a more tranquil effect than diagonal lines as they lead the eye in a single direction naturally from left to right. Zig-zags can be exciting, but also disruptive to the flow of an image as it breaks up the natural line that the eye will take. Bold lines can express strength whereas thin, curving lines suggest delicacy.

‘in illustration a line is often the first mark made, in photography it occurs less obviously and usually by implication, in respect it is similar to the way we actually see the world, where most lines are in fact edges’ .

I want to experiment with lines and how the eye can be led around a photograph through the photographers use of dynamics. I feel that Andre Kertez employs this well as he uses dynamics strongly within his work.

Henri Cartier Bresson also incorporates a lot of shadows within his photography, but more specifically tries to capture the living moment, the peak of the entertainment and action going on in the world; despite it being the peak it can sometimes be the most tranquil moment captured due to the stance people are in and  additionally their expressions. Bresson also focuses his work on angles and how the whole frame will lead the eye to a main subject of focus, for example the stairs leading to the man riding his bike.

Alignment within photography concentrates on the arrangements of objects and lines in relative positions, frame dynamics however concentrates on utilising the setting to create frames within frames. View point is also integral to composition when photographing architecture. Photographing buildings from below causes the lines of the building to converge inwards, this can aid the emphasis of the image as it creates a vanishing point. My aim is to explore both the setting and the subject within the frame; placing compositional emphasis on the use of leading lines whilst simultaneously consciously waiting for the decisive moment to occur with that frame.