How to analyse a photograph

If you don’t understand it, you can’t create an in depth response to it.

No-one cares about your opinion unless it is based upon evidence, and saying ‘i like it’ and copying the image exactly won’t score you any marks.

You need depth, demonstration of knowledge and use of a specialist vocabulary. That’s what get’s you a high grade.

How to analyse a Photograph

Once you have uncovered why a photographer or artist has created a certain piece of work, then you can take that ‘why’ and apply the principle of it to your own work. It will allow you to explore different subject matter, themes and methods of picture taking, all whilst maintaining the same fundamental idea.

This is a sign, it represents something and has a meaning.

When you see it on the road, you are supposed to stop.

It’s written in the English language, so you need to know English in order to understand it.

If you speak Arabic and have never seen an English word before, would you know what it means? Universally the colour red is associated with causing alert or is associated with danger. Even if you do not know the language you may be able to decipher it’s meaning. Red can also be associated with love and passion, but not in this case. The sign is placed on a road, so this gives it context and frames it’s meaning.

The possible associations and representations of a literal sign, language and colour are numerous. Even in as something as simple as a road sign a great deal of knowledge is required to know it’s meaning.

You have to know: 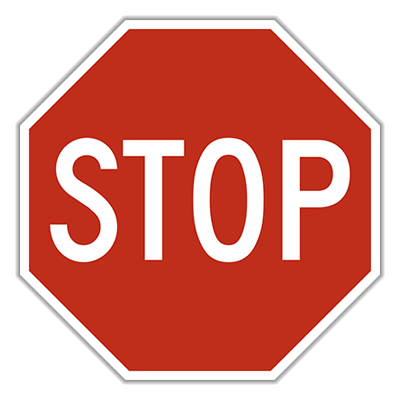 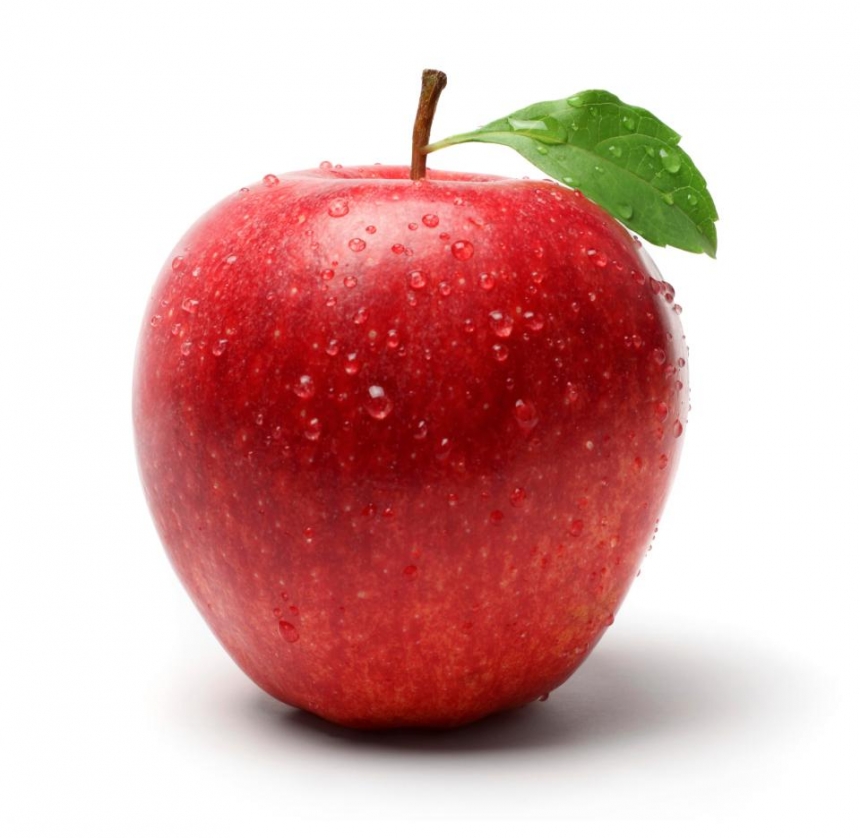 It’s an apple, but it can represent different things depending on the context.

You can begin to understand that even simple objects in isolation can have multiple meanings.

The setting that the object is then placed in can have an effect on that reading of that object and it can effect the overall interpretation of an image.

How then do we piece together the meaning of an image with many objects?

So how do we tackle an image with many objects, all interacting and potentially changing the meaning of the image?

When analysing a picture, it’s a good idea to consider it in the same way you might when writing an English or History essay. You are exploring a statement or a question and you gather evidence either supporting or contradicting that statement or question.

The same is true of an image. The question ultimately is what does it mean? or what is it trying to express?

We need evidence to support our own theory on that image.

This is our picture to analyse, let’s go through it, step by step.

What tools to use to analyse a picture? 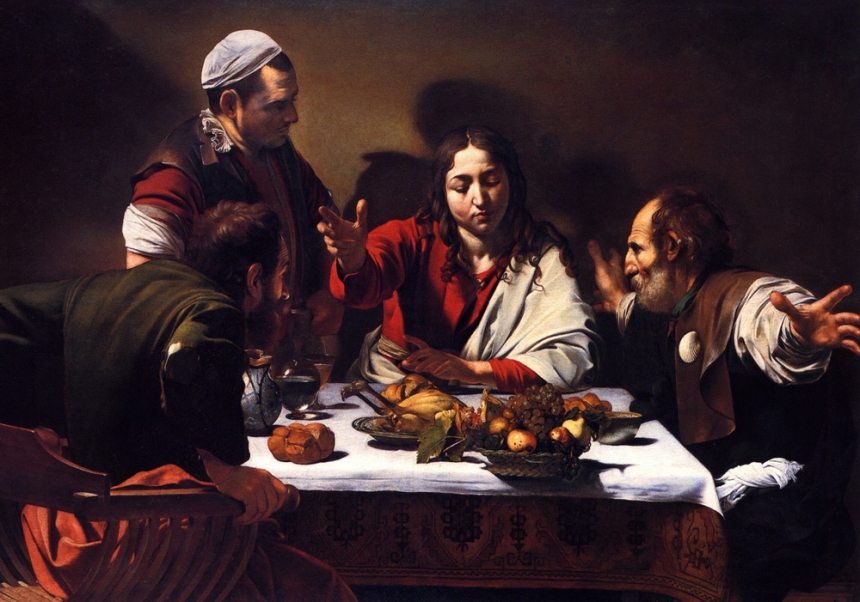 Let’s start at the beginning.

We know it’s painted by Caravaggio, what information can we find on him?

Online search reveals plenty of articles and videos. I like documentaries so I watched ‘who killed caravaggio?’ on Youtube.

Ok so I’ve watched that, and I’ve learnt about him and his relationship with the Medici family. Andrew Graham Dixon (presenter of first video) has other videos on Caravaggio, The Medici and The Renaissance, so I watched all of those.

I now have a basic introduction to the life and works of the painter – his general style, his attitude towards life and the mysterious circumstances around his death. Cool.

Let’s look at the picture.

I struggled with this picture, I mean really struggled, there is something about the composition that I jut couldn’t get for a good few hours. It annoyed me considerably, but I think I’ve got.

When I first look at a painting or photograph I squint at it.

This is a neat little trick that my lecturers taught me at university. The idea is to remove all the mid-tones and be left with just the highlights and shadows. The brightest parts of the picture are where you eye will naturally be drawn to, being able to see only the brightest parts helps understand and appreciate where the artists intended your eye to go. Not only that but also the balance of the picture will be revealed (or not of course) as having a single bright spot will draw the eye in a single direction, it needs to be counter weighted inn order to create harmony in the image.

Squint at the picture to reveal only the brightest parts

This instantly helps to understand the composition and the construction of the image. The cloth on the knee balances the cloth on the mans head. The red in the bottom left is the same brightness as Jesus’ robes and of the man’s gesturing hand. The red tones are also echo’d in other elements of clothing and items on the table.

Echoing the colours creates a sens of rhythm from left to right.

Cutting out the mid-tones also reveals a strong triangle that is created between Jesus and the table cloth.

Other elements echo each other in order to create harmony. The shell on the clothing and the white patch on the elbow.

Here the struggle to piece the composition together continued. I just couldn’t see what was holding it together.

I placed a red dot over all the important action areas of the picture to try and grasp what was framing the image. A triangle framing Jesus is what emerged.

There was still something that I couldn’t quite get. After staring at the painting for about an hour, it became apparent that the subtle use of light on the left hand side of the image was creating the balance.

To demonstrate, here’s what happens when I remove it. The image as a whole shifts ever so slightly to the right and unbalances the composition.

The shadows in the top left and bottom right mirror each other, but the subtle use of light over the green jacket helps pull the whole composition to the left that then puts Jesus firmly in the centre of the frame.

It took a while to work out how the bottom left was interacting with the image. Through observation it became apparent that his angular momentum as he springs up from his chair is what moves the eye up to the next figure.

Examining the direction in which elements in the frame are moving helps decipher the natural flow of the image. The structure of the frame around Jesus has been revealed. This took me four hours.

The single greatest thing about analysing paintings is that you know every choice was made deliberately, not a single brush stroke was random and it gives a genuine insight into the genius of the creation.

The insinuated upward movement of the figure on the left helps to create an imaginary barrier and leading line up towards the standing figure. His gaze coupled with the shadow creates another leading line for the eye to follow across the picture. This is countered by the figure on the right who redirects the gaze across the image creating three points of tension that keep the eye moving dynamically across the image whilst framing the central figure. The shadows in the top left and top right of the frame create balance and the greatest areas of contrast create another dynamic frame that frames the central figure.

Now we have taken apart the composition, let’s examine it’s contents and their potential meanings.

The signs in the picture

Denotation, or first level of signification identification and definition of elements. This is dictionary level outlining of what is in the image. Denotational readings will be common to a large number of people. A piece of bread is food, glass of wine is a drink, the word represents the thing and is the first level of it’s meaning.

Explore and research the meanings for each object. This is referred to as Connotation or second level of signification. Connotation begins when you link an object with other signs and meanings – the bread might be. It is red, therefore it is bright and eye catching and might therefore connote that its owner is an extrovert. If you once fell off a bicycle yourself and smashed your leg up then you may associate this bicycle with negativity and pain.

Connotations are numerous, and vary from reader to reader.

When analysing an image we examine how the different elements, arranged and framed in the way that they are, combine to form meaning.

Google ‘the object’ and ‘represent’ or ‘symbolise’ and you’ll find your answers:

Explore the context in which those objects are placed:

Did I know the answer to what the objects represent?

No, not all. I had to Google what they symbolised. With my new found knowledge, I can now piece together the story of the image.

Piecing it all together

Every element of this picture tells the story of the moment that Christ reveals himself to the three men around the table.

Jesus appears in this image without a beard, so it isn’t immediately obvious that it’s him, however the elements in the picture tell us that it definitely is.

What is the core meaning of this piece?

This will always be open to interpretation which is why it is imperative you base your analysis on evidence rather than your opinion.

The painting by Caravaggio is allegorical, i.e, the signs and symbols within the picture convey a hidden meaning. If you had no idea what this painting was about, using the evidence gathered, you can piece the story together.

The ‘why’ – using symbols to tell a religious story.

How does this help you?

Ultimately, the point of analysing works is to understand how history, religion, society, culture etc. effects out understanding of images. When you know what objects represent and the possible interpretations of an image you understand it’s core meaning, and when you have that information, you can apply it to your own work.

This painting is allegorical and draws upon religious representation to tell a story.

This part is key.

If I gave you this picture and told you to create a response, chances are you would get four friends and sit them around a table and take a photograph. After that, you would probably get stuck.

Now however, you know that the objects within the frame tell the story, this gives you room to experiment and develop a new idea.

Many more questions, many more directions for you to take a project.

Not only that, but you have also gained deep knowledge about the painter, his work, life and history. His techniques and use of light, assuming you absorbed the word ‘chiaroscuro’ somewhere along the way (it means extreme contrast) – use that in you analysis of future works.

All of learning is interlinked, one idea will lead to another. New inspiration develops your vocabulary, better vocabulary develops your ability to understand other works but also understand your own. Go forth and create, feel free to paste links to your own work in the comments below.

« Reading listWhat you need to know about A-Level Photography »