Here’s a piece written by an A-level photography student during their 2017-2018 year of study. It’s a short piece, however the response was so well considered and executed, I had to share it.

The class went to a lecture by various contemporary artists at the Emmanuel Centre in London, Simon Norfolk certainly stole the show. Charming, engaging and genuinely insightful, each student came away certainly benefiting from hearing about his approach, processes and inspiration.

I wanted to share this piece as it highlights how it’s possible for A-Level Photography students to create outstanding responses to ambitious work without the need to spend money. It can be easy to become distracted by the grandeur and sheer scale of many pieces of researched artwork. If you’re able to analyse the work, understand it’s core meaning, then you can take the responses in your own direction.

Click here if you need help analysing a picture. Get to the core meaning, explore those ideas across domains and platforms that interest you.

I went to a series of lectures presented by multiple artists at the Emmanuel Centre. While I was there I heard a lecture from Simon Norfolk, an award-winning photographer well known for his photographs of war zones.
He has recently been involved with the environmental organisation Project Pressure, detailing the disappearance of glaciers due to global warming. It was Norfolk’s mission to be able to highlight the massive impact of global warming on glaciers within a still image. Where I have so far been exploring film and time-lapse in order to highlight nature, environmental issues and the destruction of nature, Norfolk wanted to somehow capture the changing world within a photograph. He manages to achieve this within the series of work showcasing the glacier retreat on Mount Kenya through the use of fire.
Norfolk researched the retreat of Mt. Kenya’s Lewis Glacier through the use of mapping surveys, GPS data and old maps, tracing the retreat back decades. The maps showed where the glacier once came to. While amongst the glacier, Norfolk was able to experience its sublime nature, describing the feeling of ice as being close to a large creature like an elephant or a whale. To portray this original size of the ice within a still image, Norfolk drew a line of fire across the mountain, mapping out where the glacier once came to.
The final set of images capture the huge disappearance of the glacier with each image containing a line of fire showing where the glacier once came up to (with each photo being based off of data taken from different years), shocking the viewer. As noted by Norfolk, the fire perfectly contrasts the ice, detailing the loss of ice through heat as well as harking back to the volcano Mt. Kenya was once a part of. Although the fire does not state that all of the retreating has come directly as a result from humans, it does imply that the burning of hydrocarbons (by humans) plays a huge role. 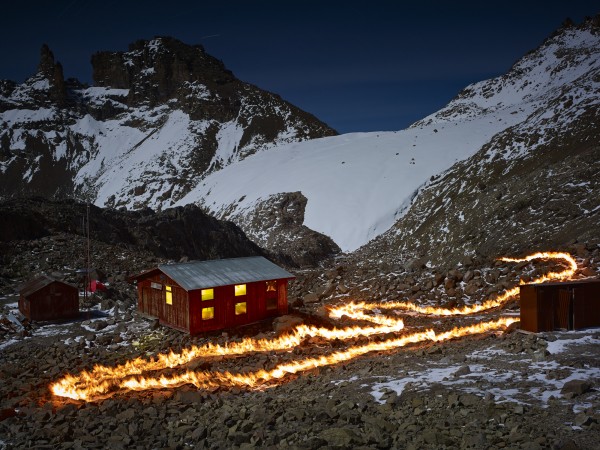 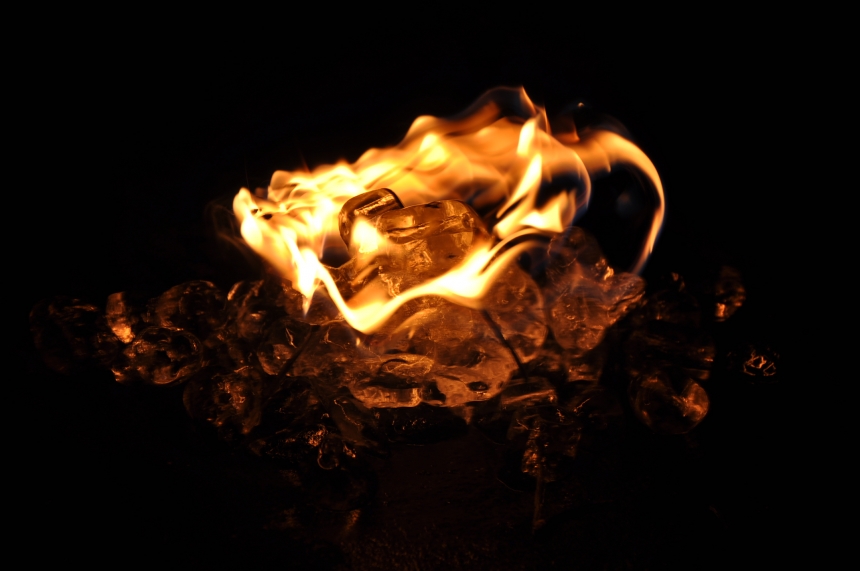 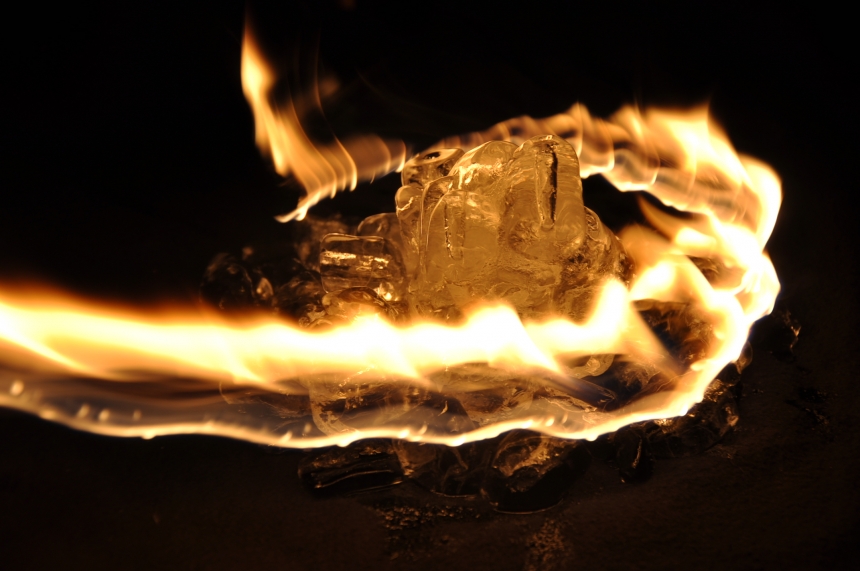